On March 15, 2017, the San Diego Chapter of the Special Libraries Association (SLA-SD) hosted an event for members to go on a private tour of the USS Midway Library  (“the library”) at the USS Midway Museum (“the museum”). 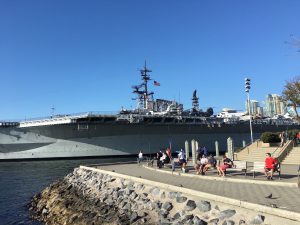 Similar to my most recent blog post, I had originally intended to focus this post on professional development with a specific emphasis on networking. However, after attending the event I decided that it afforded a better opportunity to discuss the topic of non-governmental military libraries. To do that, I will discuss the history of the USS Midway, what the library does, and discuss some general information about other non-governmental military libraries.

History of the USS Midway

Named for the Battle of Midway of World War II, the battle in which the tide of war in the Pacific shifted in favor of the United States against Japan; the USS Midway was one of the long serving aircraft carriers in the United States’ naval fleet. She was commissioned in 1945 and was launched just one week before World War II ended. 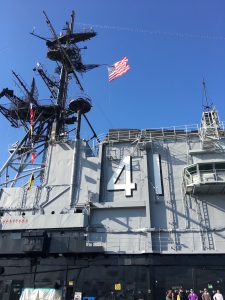 Her service lasted through the end of Operation Desert Storm of the Gulf War in 1991 and ended her service when decommissioned in 1992. The ship was mothballed and remained in storage until early 2003-2004 when she was relocated to San Diego, CA as a tourist attraction and non-governmental naval museum.
The museum officially opened to the public on June 9, 2004.

What does the library do and how?

According to the library’s website, “The USS Midway Library is a non-lending research library that supports the mission of the museum.” During the private tour that was given to SLA-SD members, we were informed that the collection holds nearly ten thousand items. The collection has been built through purchases by staff, donations from the public, or exchanged from the San Diego Public Library System (SDPLS). The library and SDPLS have created a reciprocal exchange in which they provide each other with items for their collections: All non-military related items are given to SDPLS and all military related items are given to the library.

The library runs a number of special projects, but there were three that I found especially interesting. The first is a project called “Database of Men Who Served,” 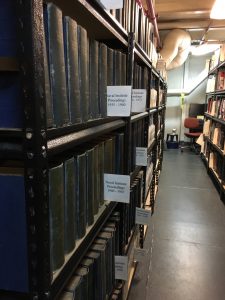 which aims to identify every person who ever served on the Midway in its 47 years of service. Initially the team estimated that around 500,000 people had served on the ship, although the team suggests the number is probably closer to 250,000, with around 60,000 already identified. The second project that was interesting to me was the United States Naval Institute Proceedings Project, in which the library is attempting to write abstracts for and index every issue Navy’s monthly newsletter, Proceedings, since it was founded in 1874. Finally, the project that I found most interesting was the library’s goal to collect a copy of every cruise book of every ship in the United States’ maritime history. A cruise book was explained to us by the staff at the library as a “yearbook” for the ship. Cruise books contain ship records, photographs, maps, and general information about each ship’s comings and goings, year by year. Unfortunately, as a Star Trek nerd, I was so focused on reading through the yearbooks for the USS Enterprise that I forgot to actually take a picture of the yearbooks themselves.

The library only has one paid member of the staff and otherwise is completely run by volunteers. These volunteers imparted a wealth of valuable information with us, some of which I would like to share. When asked about the challenges of running a library out of a ship, the number one concern expressed was regarding temperature and moisture. The library is held in interior rooms of the ship; however, these rooms were designed to be seaworthy and not for library collections. The staff runs a number of portable air conditioners to keep the rooms as dry as possible, as well as to keep temperatures from getting too warm in the San Diego climate. Another major challenge that they run into is space. For anyone who has ever been on a ship, they know that it is often cramped quarters. Even though the ship is one of the largest ever built, and for decades held the record as such, space is still extremely limited and the volunteers are always working to improve storage.

If you have an interest in volunteering with the library, information is provided below:

Hours are usually 7 days a week from 8am to 4pm. It is always best to call first (619-398-8275). The library can also be reached by email at library@midway.org. Click here to view the USS Midway Library Catalog (PDF) sorted by title. Their Facebook page and recently published book can be found on their website page here.

Interested in a job at a military library? Consider these resources:

There are currently no events.

The Benefits of SLA Student Membership with Jordan Burghardt 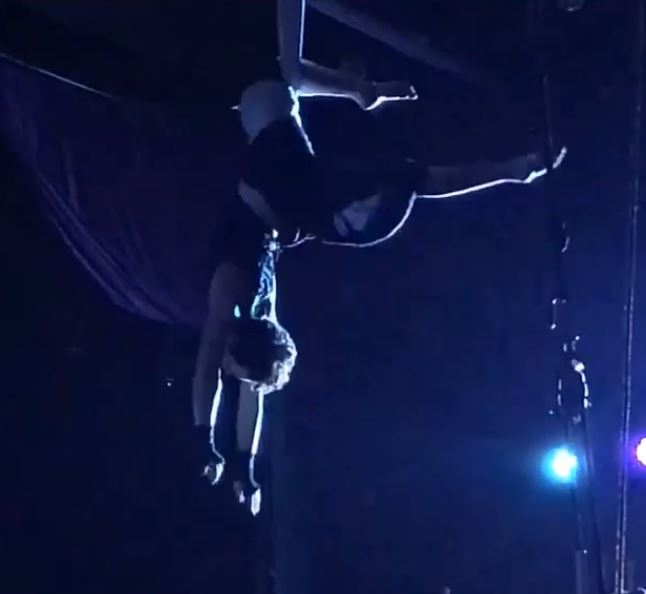 Recap of A Night At The Circus: In Case You Missed It!

Authors: Max Gonzalez Burdick, Sarah Walters & Sereen Suleiman Wow! Words alone cannot describe what an incredible presentation A Night At The Circus was. For those of you who missed this event, do not fret, Read more… 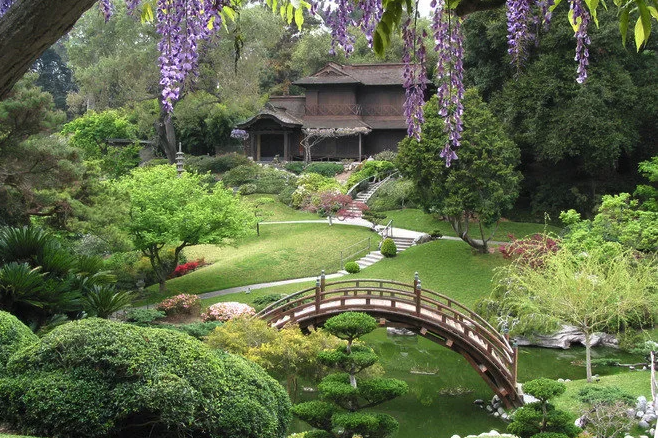 Photo provided by Huntington Library Author: Sereen Suleiman While botany is the science of plants, a botanical library, or horticultural library, is a type of special library that focuses on the collection of literature and Read more…