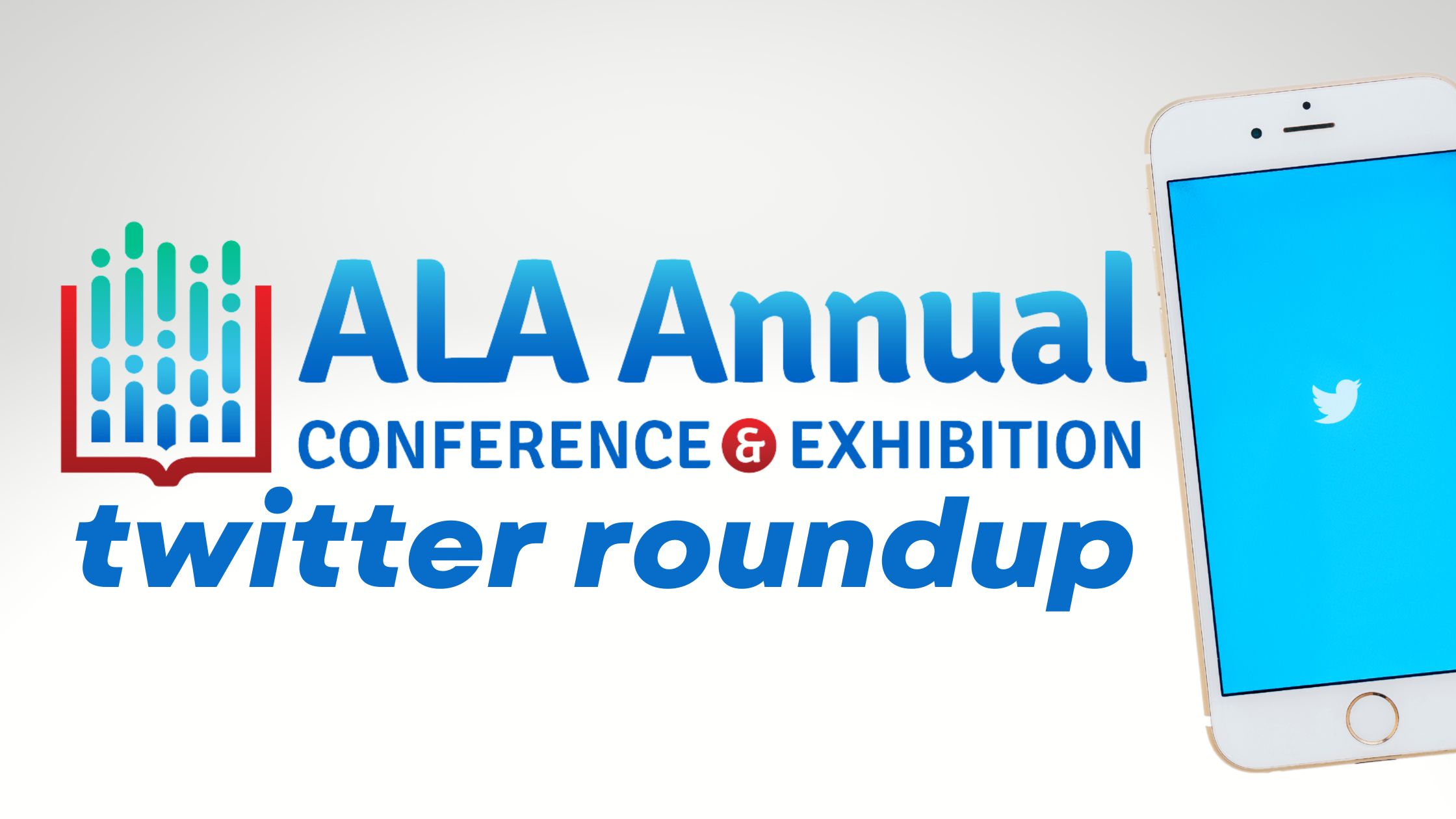 While you were away…

Some members of the ALASC team were lucky enough to be on the ground at the first ALA Annual Conference (ALAAC) since the start of the pandemic at the Walter E. Washington Convention Center in Washington, D. C. Events co-coordinator Irene Miller, treasurer LaShaunda Croussore, and blogging assistant Emily Espanol took over the ALASC twitter (@ALASCSJSU) to show you all the fun they had, with special guest appearances from our secretary-archivist Gabby Visco, iSchool director Anthony Chow, and Associate Dean for Academics Sandy Hirsch.

Day One: ALAAC is back, baby!

Irene had the immense fortune of covering our first big day at the conference on Friday, June 24. The exhibit hall had only opened for half the day, but already conference attendees’ shoulders were heaped with free tote bags and free books (yes, so so many free books ranging from picture books to adult nonfiction from publishers big and small!).

As she headed home from the conference on the D.C. metro, Irene recalls “a woman wearing an ALAAC event tag and carrying a rather large bag filled to the top with books entered the metro car behind me. We sat down on benches across from each other and as the train started moving she sat there shaking her head at her bag and repeating, ‘I told myself I wasn’t going to do this to myself again on the first day!’

Day Two: Let’s have an adventure together!

Meanwhile, Emily scheduled her Saturday to be jam-packed. Braving the floor without a single ounce of coffee, Emily started her Saturday with a inspiring session hosted by the Asian-Pacific American Librarians Associaton (APALA), followed by a shift at the Zine Pavilion booth. After a tour of the Dr. Martin Luther King, Jr. Memorial Library a few blocks from the Walter E. Washington Convention Center, she attended an APALA literary banquet before ending her night with gelato and a stack of free books.

Did we also mention her takeover day includes guest appearances by Zachary Levy and John Cho?

About the experience Emily advises, “Be wiser than me– caffeinate!”

Check out Emily’s full day here! [Note: Start at the end and scroll up to the beginning. There is a thread break when you scroll top down.]

LaShaunda wrapped up the conference on the third day, the last big day for sessions, activities, and exhibit floor exploration. With two whole days spent conferencing, LaShaunda stepped off the beaten path to explore what D.C. had to offer– and boy, it did not disappoint! She and Gabby got a tour of the Library of Congress from their seats, thanks to a librarian who was totally empathetic to the walking involved in ALAAC and pointed out points of interest visible from where LaShaunda and Gabby sat.

Then, of course, the team accepted the Student Chapter of the Year Award from the New Members Round Table (NMRT) of the ALA. The award was accepted on behalf of the ALASC team by Gabby Visco while Director Chow and Dr. Hirsch looked on. There was a quiz game, food, and camaraderie before night was over.

LaShaunda comments that she was grateful for the connections she made. Being able to ask librarians about what they wished they’d learned in school, what they were learning now, and whether to take cataloging surely helped her make an impression and gave her an idea of what the MLIS will do for her in the future.

Did you go to ALAAC? Tweet your memories at us (@ALASCSJSU).

To Thesis or Not To Thesis?

Library Beautification: Stories from the Field